Hello, Between soap and stuff is back and recharged but first, Happy New Year! We hope that 2022 will be very successful for you and will be able to fulfill both your dreams and your short or medium-term goals. In the electronic music scene, this seems to be the beginning of the returns of many absent artists. Also, several festivals, and the real concern about the havoc that global warming can leave on all of us.

Although, we better save the spoilers for later and leave you with the summary of the most iconic news of the week.

1. The Chainsmokers return with some new music

Ah, The Chainsmokers, that duo of DJs to which the editor of this article does not give a damn but knows that many love them. They were really worried about the fact that they were three years without given anything to talk about, musically speaking. For other things they did, such as investing in various NFT projects and some related to the metaverse, the future according to some people.

We could see updates on the main photo of their Twitter profile, as well as a new video, in which they announced the anticipated return, the possible completion of the new album, and the first remix in more than seven years. We talk about «I Can’t Make You Love Me«.

2. Toolroom and an English University presents the electronic music and business college degree

Electronic music has become a species of utmost importance to the music industry in general. Many of the artists who today are part of the collective memory belong to this good genre, which is why many institutions offer opportunities for professionalization.

WaterBear College, located in the United Kingdom, will offer a degree with an option of 2 years online and 3 years face-to-face where they will teach both electronic music production and the “Music Business” part, this in collaboration with Toolroom, the hallmark of legendary artist Mark Knight.

Another example of how transcendental electronic music has become is the fact of having a virtual exhibition in collaboration with several technological giants and other institutions in charge of showing the general population how enormously rich the scene culture can be. Created by Google Arts & Culture and YouTube, the new virtual exhibition ‘Music, Makers & Machines’, seeks to celebrate electronic music and its roots.

4. Ibiza’s beaches could be permanently lost by 2100 due to climate change

In every serious and not so serious media, we see a really worrying issue for everyone: climate change. This issue went from generating anxiety in the most paranoid scientists to that we all notice the ravages of bad decisions by production companies and human overconsumption. In the case of paradisaical places like Ibiza, the situation becomes more critical, because they are on the verge of disappearing.

5. Ketamine nasal sprays could be used to help treat depression

Currently, there are many ways to treat depression, unfortunately, many of them also do not give the results we would all expect. Sometimes the side effects are worse than the benefits, but this seems to change with two things: hallucinogenic mushrooms and ketamine, in spray form. According to VICE, ketamine’s dissociative and anesthetic effects could work as an efficient treatment for depression as it works quicker than drugs such as selective serotonin reuptake inhibitors, the most common way to «cure» this mental illness.

The boost of the serotonin hormone levels is seen with the use of ketamine and esketamine – as both work by reprogramming the cells that affect mood and thought patterns. Ketamine clinics have popped up across the US, Canada, and the UK, but they tend to be reserved for individuals who are yet to respond to other depression treatments.

The local music industry finds it increasingly difficult to survive the adverse effects of the pandemic. The fact of living with uncertainty and without sufficient financial resources has put all creatives in a tense situation, affecting both their physical and mental health. Fortunately, there are several countries that seem to be taking action on the matter, Ireland is one of them.

The Irish government has announced plans to pay creatives a basic income, the BBC reports. The Basic Income For The Arts (BIA) will pay approximately 2,000 musicians, artists, actors, and other performers for three years, at a suggested rate of €10.50 per hour.

Many artists have recently put various of their personal collectibles up for sale. Either because they want to live a simpler life or they simply are wishing to survive the pandemic. In this case, even iconic figures are increasingly talking about their auctions.

Giorgio Moroder is selling his Cizeta-Moroder V16T prototype on RM Sotheby’s, with the vehicle expected to sell for as much as $9 million USD. The Father of Disco had teamed up with Claudio Zampolli to act as an investor in this car, which had been designed by Marcelo Gandini.

Without a doubt, it was a great relief for us when TikTok allowed us to pin several of the short videos so as not to be repeating more than twice who we are, for example. The other social networks, when noticing that this Chinese site is giving them a lot of battle, they decided to go further and Instagram flatly wants to seem little less than an internet domain.

Instagram is developing an “edit grid” feature for its users. This would allow you to reorder the posts on your profile to your liking. The leakers posted a photo of the working software on his Twitter account, which can be viewed below. Adjusting the grid can be helpful for musicians, influencers, and businesses who are seeking to curate their profiles with multi-post collages.

Electronic music history can become tedious and quite boring, with many references and influencers who made the thousands and thousands of genres that little by little are diversifying into hundreds more. Fortunately, there are people who make this theoretical journey much more enjoyable and even colorful.

The Manchester-based studio, Dorothy, published «The Electronic System and The Alternative System,» two art prints that reimagine landmarks of our solar system as prominent figures in the history of electronic and alternative music respectively. Electronic music-focused print features influential artists such as Daft Punk and the founder of ambient music, Brian Eno. The structure of the art not only highlights the genre’s most impactful contributors, but also draws attention to the influences that likely inspired each artist.

There are many ways to invite fans to an album or ep-release party. Some put codes on their social networks, others put special characters in physical editions, and Lane 8 gives away wholesale tickets by hiding them in random mirrors in Denver.

Lane 8 proudly calls Denver home, and he’s hidden five numbered mirror billboards around the city, each branded with a QR code. Scanning one of the codes was the only way fans could claim their coveted spot. At one of two upcoming album launch events for his forthcoming album, Reviver. 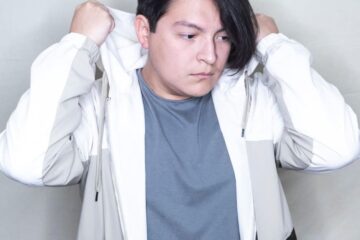 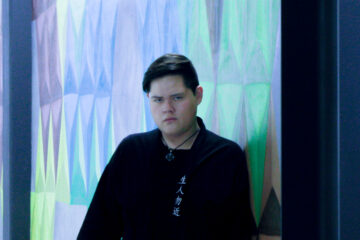 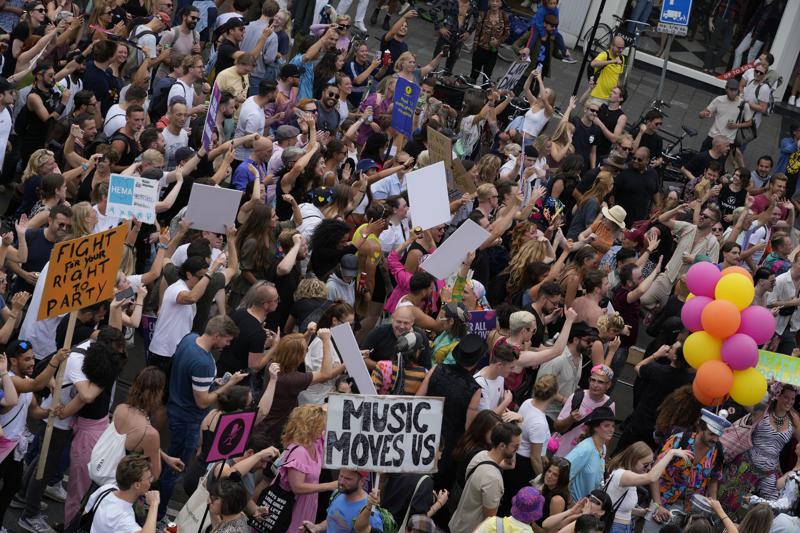 Welcome to the second part of» Between Soap and Stuff» the new section where we summarize the best and worst news around the music scene this last week. On this occasion, we can find some Leer más…